When Israel declared her independence in May 1948, six Arab armies (Egypt, Trans-Jordan, Syria, Iraq, Lebanon and Kaukji’s Army from the Galilee) descended upon her people with thousands of troops and an air force replete with bombers and fighters. The armies enthusiastically intended to fulfill the Arab League’s promise to perpetrate attacks on the Jewish people that would dwarf the massacres of Genghis Khan and Adolf Hitler and prevent the Zionists’ efforts to create a homeland. 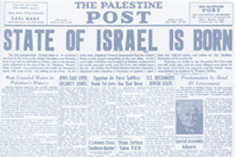 In response to the invasion, 150 pilots came from around the world to meet the air and land challenge. Never in history had a human event called to action such a cross-section of people from all over the world: Americans, Europeans, Africans, Jews, Christians, holocaust survivors and mercenaries. This elite group of foreign volunteers left behind the comforts of home and family, and risked their citizenship and lives in order to secure a homeland for the persecuted and devastated Jewish people.

Jerry Meadors is a former Vice President of Marketing at Motion Picture Group, Paramount Pictures, where he lead a creative marketing team for over 200 major motion-picture releases, including “Top Gun,” “Fatal Attraction,” “The Addams Family,” and “Forrest Gump.” For “Angels In The Sky,” Jerry heads a team that includes senior marketing/media and distribution experts. 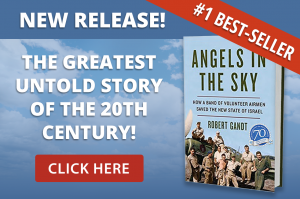